So for some reason it takes Nokia a long time to push out the WP7 updates. 1600.2487.8107.12070 is a new official build of WP7 that was released a while back, but Zune still tells me that there is no update for my phone. The most important features of the update to me seems to be improved battery performance and improved bass in audio performance. I have been quite happy with the current battery performance of my phone (about 1,5 days on one charge), but at the same time I know other Lumia 800 owners that are very unhappy with theirs, not even lasting one work day. It seems like there are some good and some not so great devices out there. Even better battery life would of course be great! On the audio side, the audio has been quite flat and improved bass performance would be very welcome.

Basically what you have to do is to download the update and install some tools for phone developers. Once you have downloaded everything you run the “WP7 Update Cab Sender.bat”: 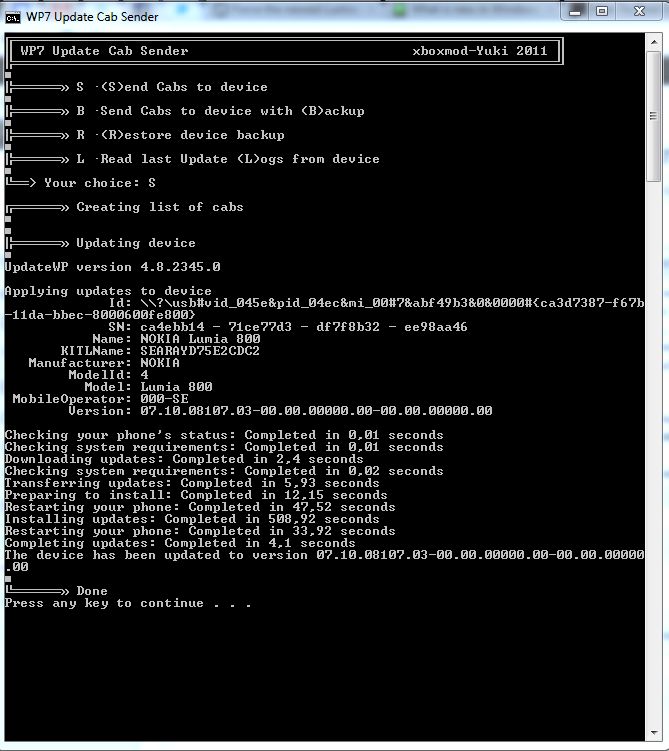 The update process takes about 10 minutes. The first thing I tested out after updating was of course to play some music, the audio is indeed much improved. Time will tell if the battery performance got better!