Yesterday I went to a hackathon called Protothon. Protothon describes itself as “Space for the place between code and creativity” and the idea is to bring together programmers, creatives and entrepreneurs together and under a very limited time build an application from scratch. The focus of this hackathon was WebRTC, which is a new standard for Real Time Communications using HTML5/Javascript. At the moment it is so new that no browser actually supports it yet, but there are special builds of Chrome and Firefox in which you can enable it. So the task of this hackaton was basically to do something cool with WebRTC.

The team I was in consisted of me, Tomek Augustyn, Patrik Spathon and Pebbles Lim. Tother we came up with the idea to build a multiplayer version of the classic game pong, but using motion detection to control the game. We named the game Spong: 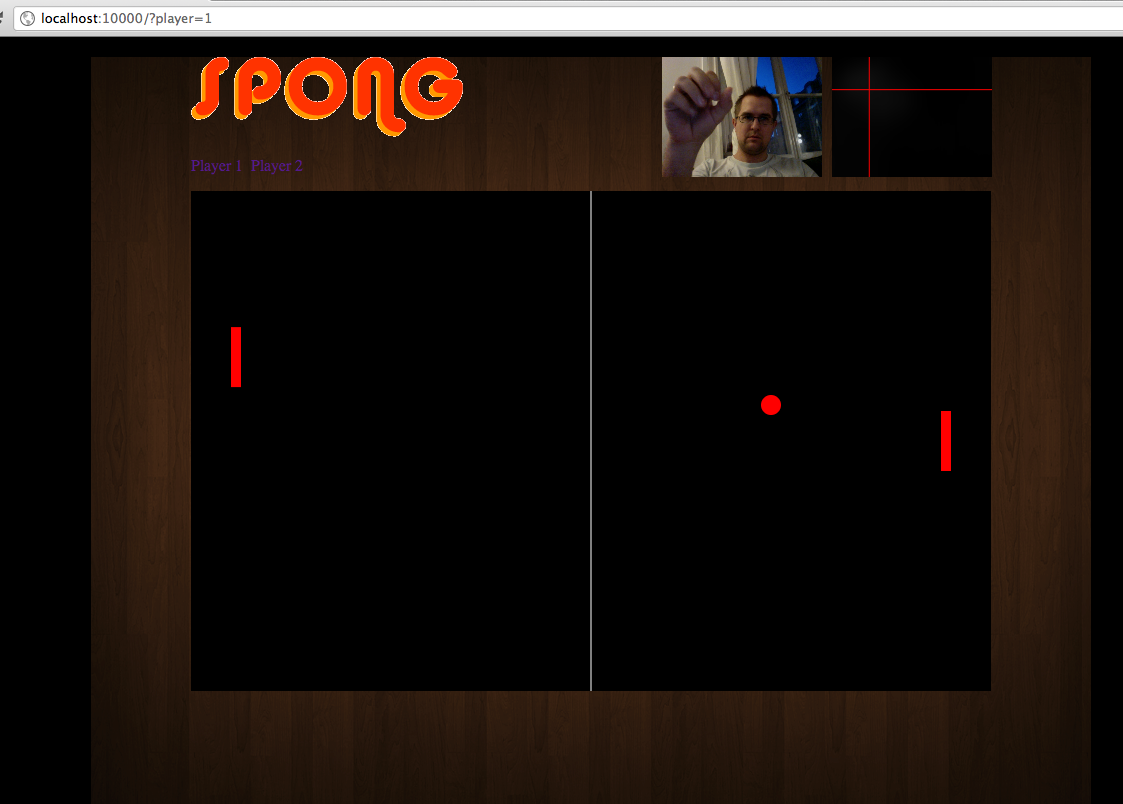 Each player runs the game from his web browser, which will access his web cam using WebRTC. The motion detector analyzes the video stream and detects where the most amount of movement is, this gives us a coordinate on the screen. The Y part of this coordinate is used to control the position of the players’ paddle. You can see this in the image above where the cross points out where i just moved my hand. Each players’ movements is sent to the other player via a Node.js/Socket.IO relay server.

To summarize Protothon #2 I must say that I was really impressed with all the applications presented by the different teams. It was one intense day, but a lot of fun! I am looking forward to attending again in the future.